Somewhere between an old-school folk club and a Gaelic-style cèilidh our welcome event will feature an array of turns – expect music, song, step dance and poetry – as well, of course, as some West Highland ceilidh dance sets from Oban stalwarts Creel.  Meet friends, have a dance, sit-in with the band (all welcome!) or ask to do a turn.

Please inform the MC at the beginning of the evening if you’d like to do a turn, we’ll do our best to accommodate everyone!

Josie has been writing beautiful, grounded Scots poetry for half a century. Her poetry evokes a rural Ayrshire childhood that has all but disappeared and while widely acclaimed it has never before (as far as we know!) been set to music. To rectify this, Girvan Festival has invited 4 of Scotland’s most inventive Scots singers to each present their interpretation of a poem of their choice.  Featuring Maggie Macrae, Alasdair Roberts, Debbie Armour and Evie Waddell.

The Josie Neill Songs project has been made possible thanks to generous support from Tasgadh – Traditional Arts Small Grants with devolved funding from Creative Scotland and the Scottish Book Trust.

The Saturday evening concert features 3 singers united by a shared imaginative, forward-looking ethos that is, at the same time, grounded in tradition — Eithne Ní Catháin of Inni-K, Debbie Armour of Burd Ellen and Evie Waddell. The concert will also feature accomplished instrumental music from fiddler and viola player Emma Tomlinson accompanied by her husband Adam Sutherland himself a fiddler of no little renown!

The Concert is the Scottish launch for Iníon – Inni-K’s new record of sean nós song.  Inspired in equal parts by the singing of Joe Heaney and Elizabeth Cronin, The Irish Times awarded the record ★★★★ describing it as “emblematic of a fidelity to the form but, equally, a fidelity to musical exploration”.

Inni-K appear at Girvan Festival thanks to generous support from Culture Ireland.

Between the Jigs & the Reels

Scottish & Irish trad tunes and percussive dance from the Sound of Dance project, Airghiolla and All-Ireland champion piano box player Michael Dudgeon. We might also get a folktale from Heather Yule and a song from acclaimed singer & Girvan Festival regular Chris Miles. 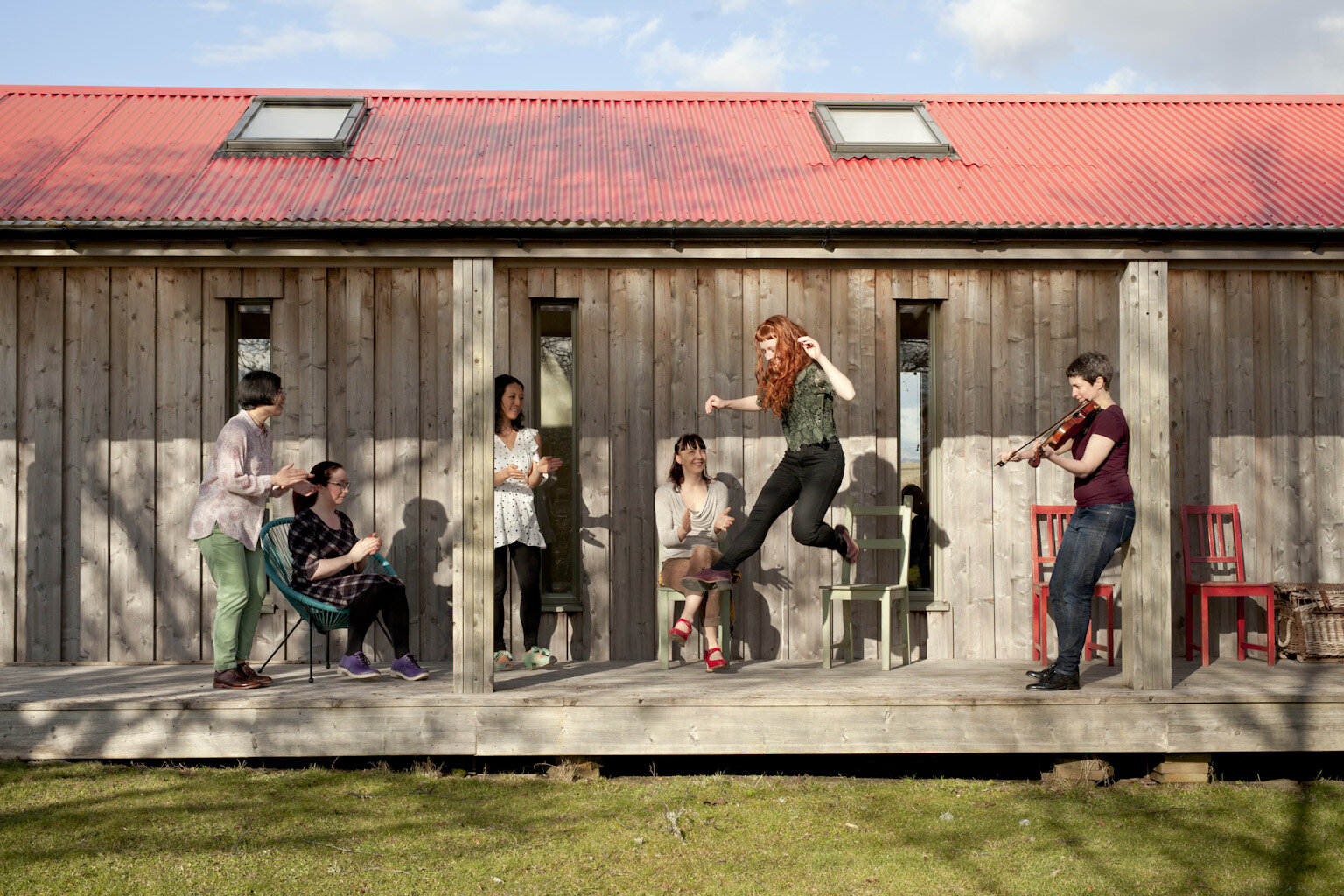